For today's post we'll go over our darts, pressing aids, and our first seam for the bra band.

If you have a bit of experience sewing already, you should be familiar with marking and sewing darts. If this is new to you, or you just want a quick refresher, here's a blog post I did on darts.

Here I have marked my darts with pins. This is what it would look like after I pulled the pattern piece off, but before I separated the two pattern pieces. Make sure your darts are on the WRONG side of your fabric! If you have a fabric that makes it hard to tell one from the other, use a chalk mark on the wrong side to help you keep track. 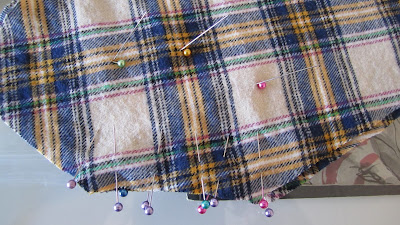 Once you fold your darts and pin them in place, start at the bottom and straight stitch up to a point. 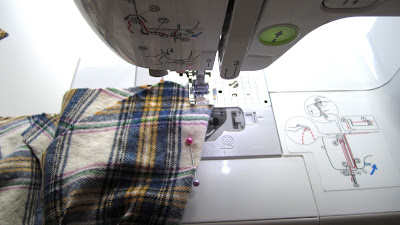 Tip: If you have a sewing machine with a thread cutting option, set your stitch to the one that backstitches in place. Then make your last stitch at the point just off the fabric, hit your backstitch for about 3 stitches, and then hit your thread cutting button. This will automatically tie a tiny knot in the threads giving the dart room to pull a bit under pressure.


Sew the three darts at the base of the bra piece and the single dart at the top. Then trim your darts.
NOTE: If you want a little ooompf on the bra cup area, you can leave the extra fabric on the darts. It will add just the tiniest bit of bulk to the bra cup.


You should have four bra cup pieces with darts sewn in each.

Then start pressing your darts. You can use a tailors ham to fill out the cup for better pressing. If you're like me and you keep meaning to sew one instead of buying one, and you just haven't gotten around to it, you can use a rolled towel, or a rolled length of soft cotton fabric instead.

It's better to just press and seam without moving your iron around like you would iron any ready made clothing. When you're still sewing, pressing keeps the fibers and threads from changing shape or texture.


Next you'll be sewing your bra cups to your bra band. Start with just one side at a time.


Matching the notches, pin the bra cup to the bra band RIGHT sides together.

Remember that your bra band was cut on the bias so it will have some stretch to it. (if you're using satin, this stretch will be much more pronounced. You can offset this by sewing a line of stay-stitches to keep it in place).

Start pinning where the notches match up, then pin towards the center back.  Then place the center front of the bra 1.5 cm or 1/2" from the point of the bra band. Then you can pin the middle, easing where you need to.

This is what you should have if seen from the right side.
Press your seam allowance down, towards the bra band. Repeat the above steps for the facing bra pieces. When you're done, you should have two of the exact same thing:

Next up: Binding the top of the bra, sewing the facing bra bands together, and attaching bra straps.

Update:
For anyone who adjusted their bra to accommodate a larger bust, here is an approximation of where on the bust line the darts should be placed. This is, however, open to change depending on the shape of the individual breast. 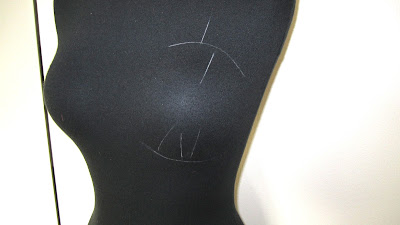