All of your pattern shopping Black Friday Sales in one place!

Hello readers!
I'm in a pie-baking frenzy today in anticipation of Thanksgiving tomorrow. This will be my first big holiday without my Mama this year and I'm trying to stay busy and not dwell on it. Shopping is turning out to be a great distraction. I'm already in Christmas shopping mode and I know that as the holiday ends tomorrow and many of you unwind and relax from a big meal and lots of company, your minds will turn to shopping too.

The Etsy pattern sellers always put on a really great show this time of year and many offer some amazing Black Friday deals. If you have some pattern buying in mind, here are all of the pattern sellers Black Friday/ Cyber Monday sales all in one place - starting with mine which begins today!

Other shops having sales (most will end after Cyber Monday):

Stitching by Numbers: 20% off with coupon code: BF20

RedCurlz: 25% off with coupon code: blackfriday14

So Vintage Patterns: 15% off with coupon code: SAVE15

We Are Vintage Sewing: 20% off with coupon code: BLITZ20

Sew As It Was Patterns: 20% off with coupon code: BFBLITZ

Neverwares: 15% off with coupon code: MYSTYLE

PatternAndStitch: 20% off with coupon code: BLITZEN

Make your own... Lingerie and Loungewear from 1949.

Hello lovely readers! Today I was browsing my collection of vintage editions of Le Petit Echo de la Mode and I stumbled upon this lovely fashion spread from 1949 featuring trousseau lingerie and lounge wear. 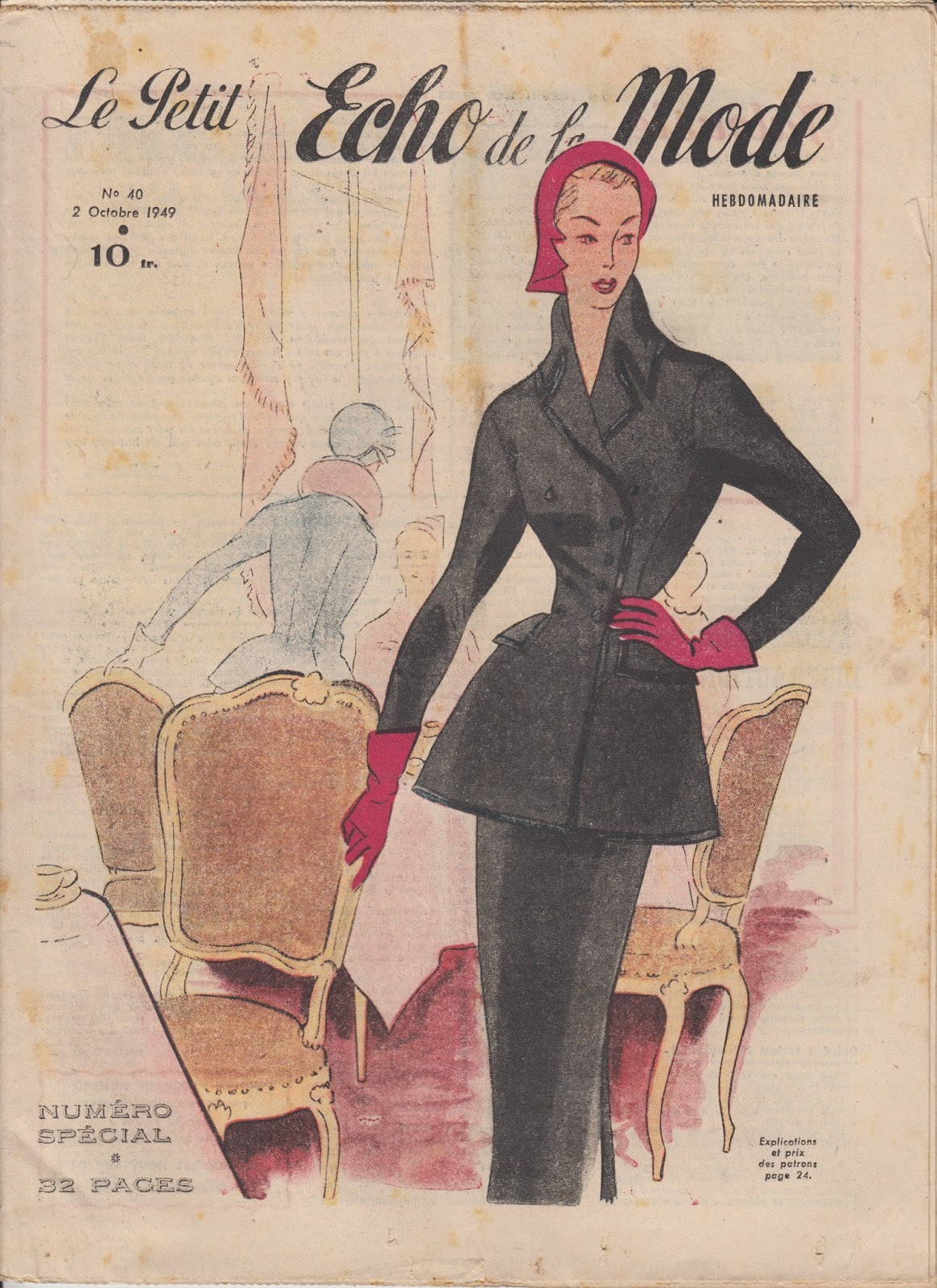 These designs were once available as mail order sewing patterns (oh, to have such a magazine delivered to your mailbox!). I realized though, as I drooled over these patterns, that I have quite a few similar designs in my shop. 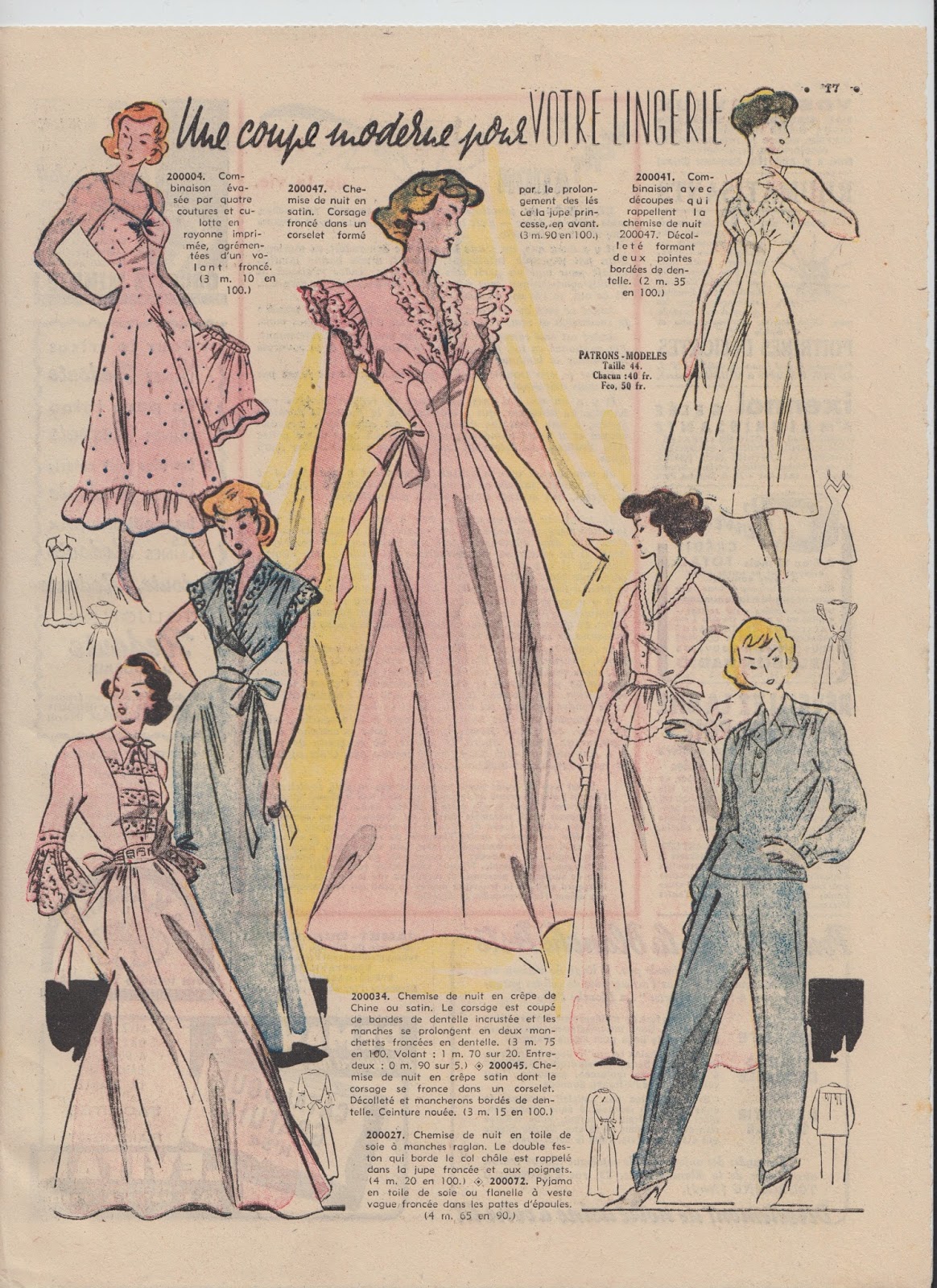 So, I thought I'd share today, how to get the 1949 looks pictured in the magazine using patterns from Mrs. Depew Vintage! 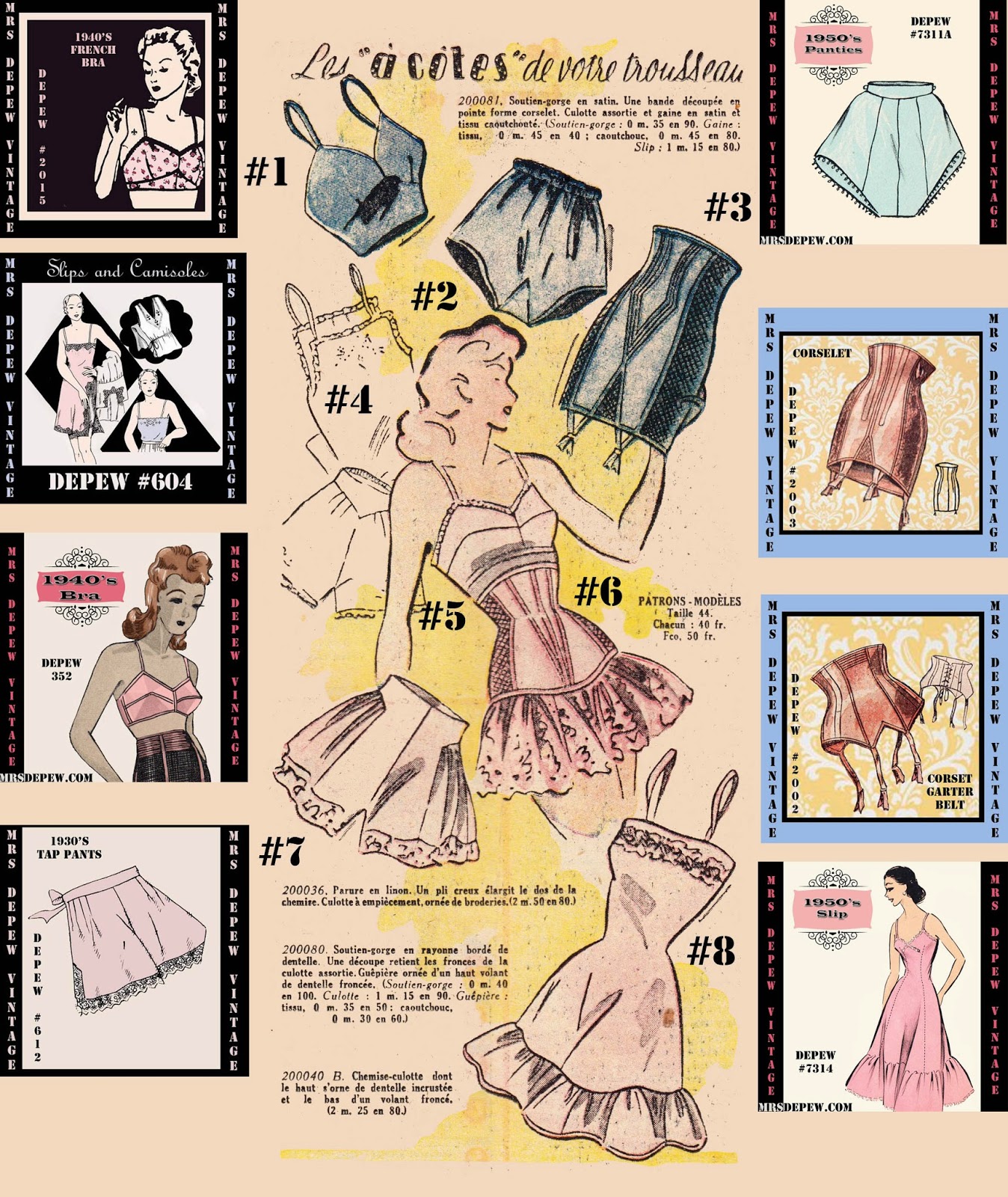 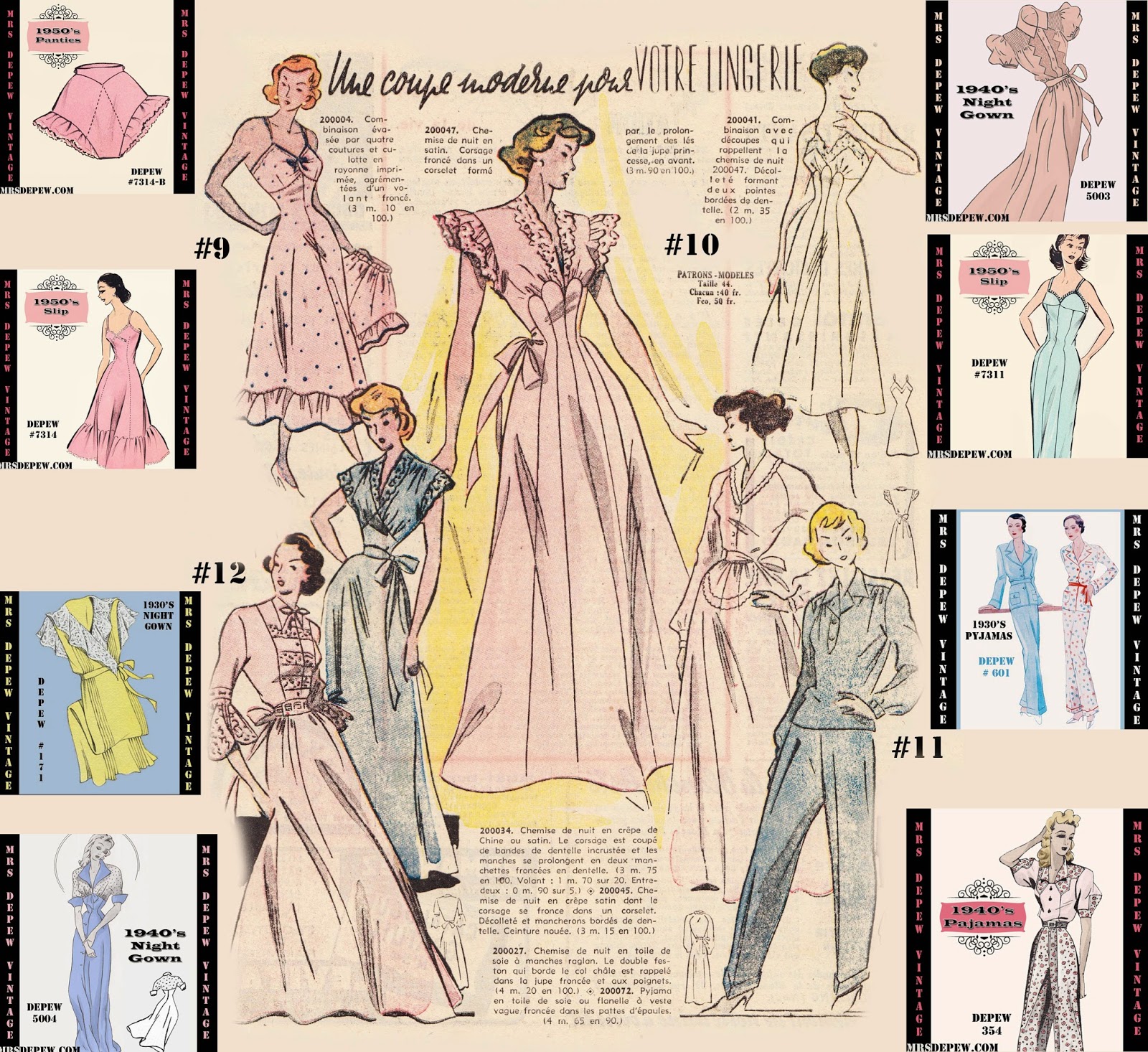 In other sewing news, I was really excited to learn yesterday that Collete Patterns will be releasing a digital sewing magazine starting in December! Seamwork will feature articles, sewing tutorials, and downloadable easy-to-sew sewing patterns. I really enjoy reading the Coletterie blog and I know that the magazine is going to be even better!


To get updates on Seamwork's progress, writers, and patterns, and to be entered to win a full year's worth of patterns in the process, sign up here! 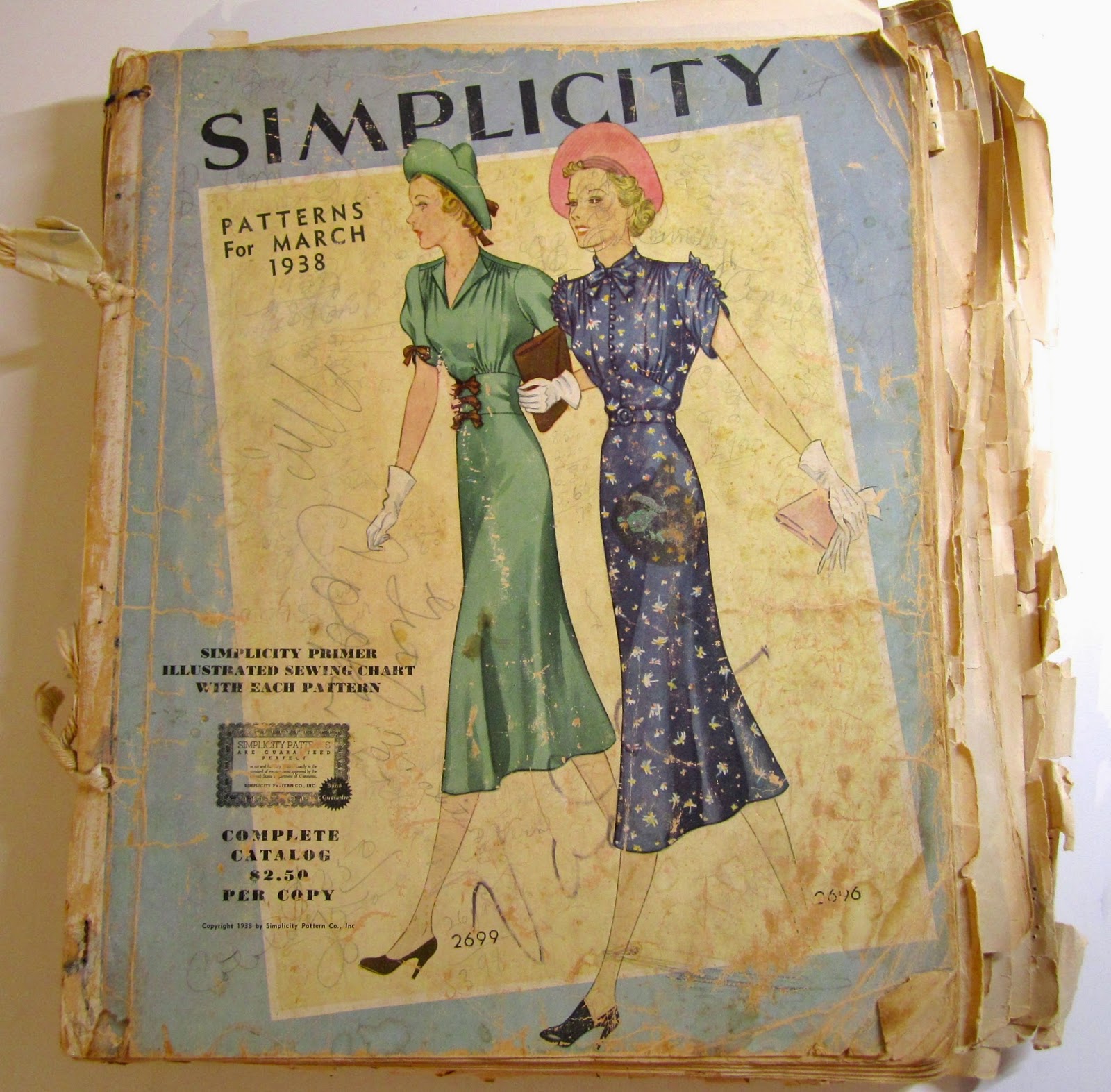 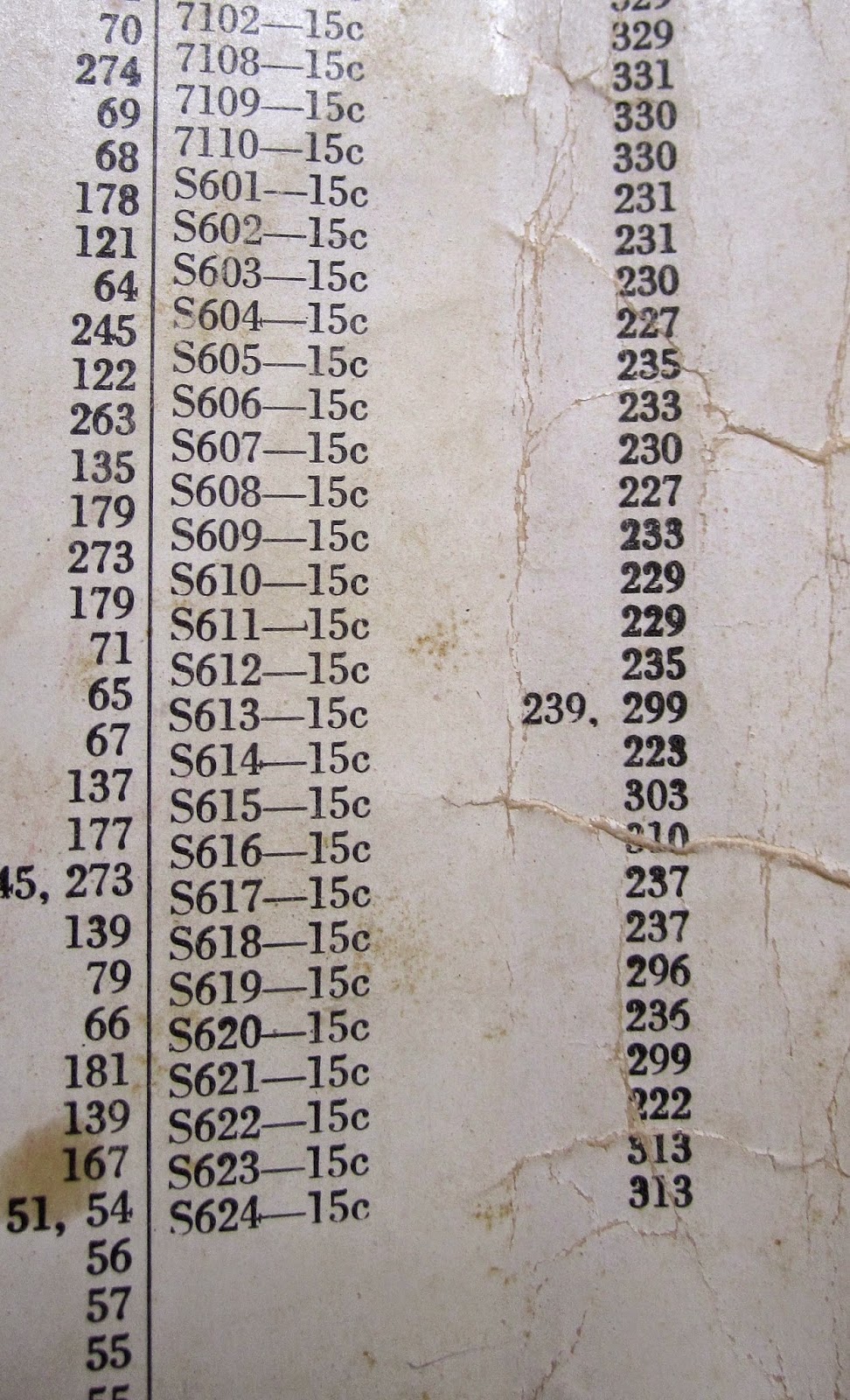