Making Your First Dress - A Lesson from 1927 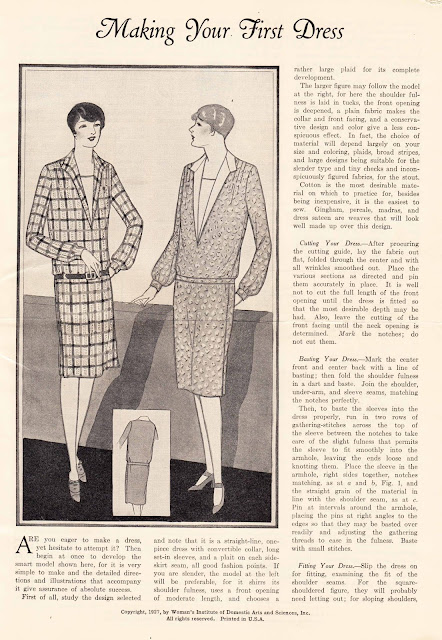 I just keep finding things inside of my Woman's Institute lesson books! This time I was looking through Dressmaking - Perfection in Details and this flyer was tucked in the back.
It was most likely included in the mail order coursework as part of the Dressmaking Program. 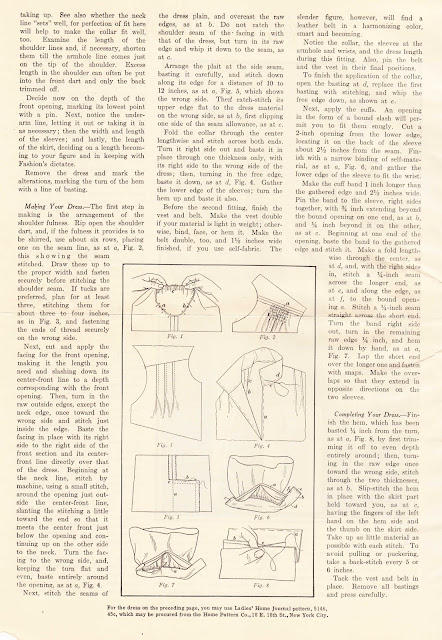 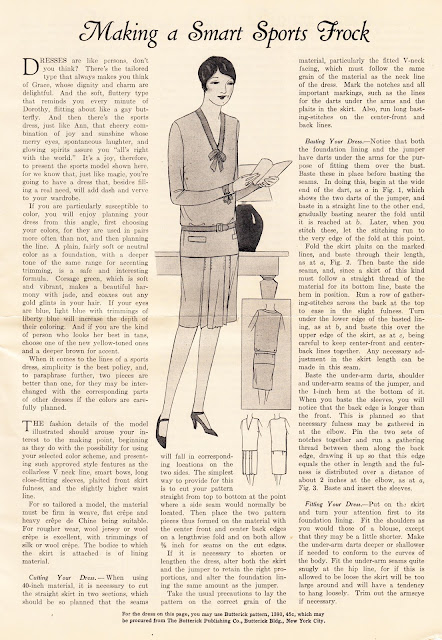 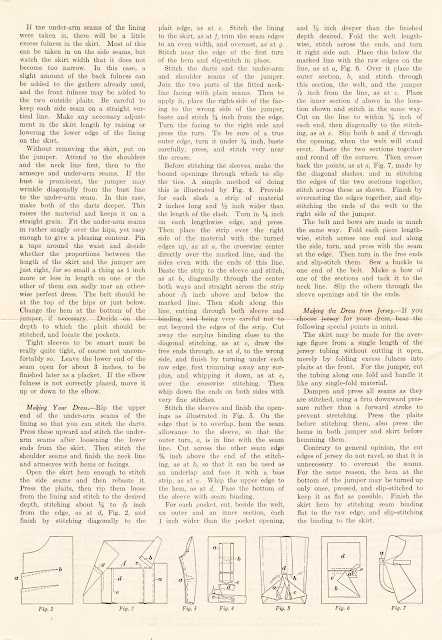 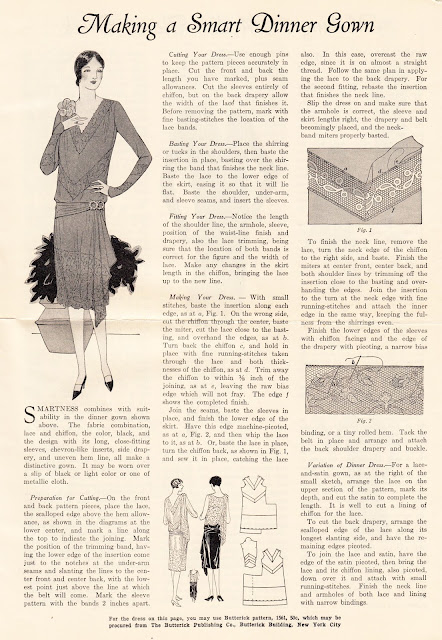 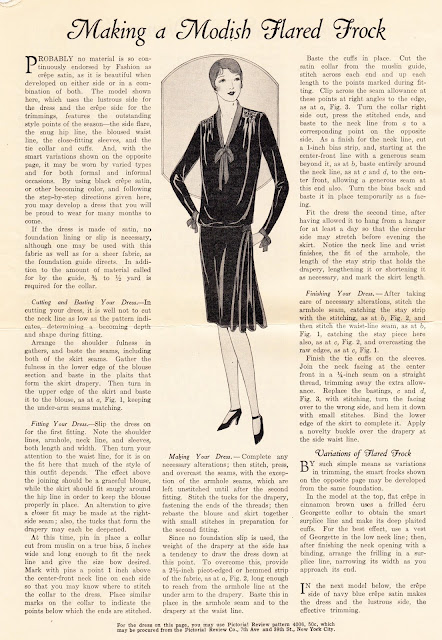 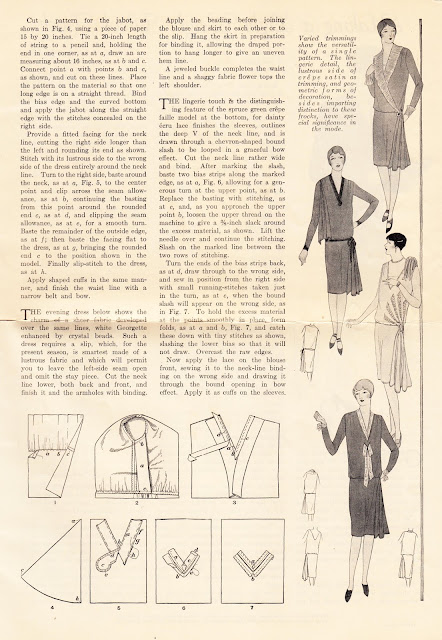 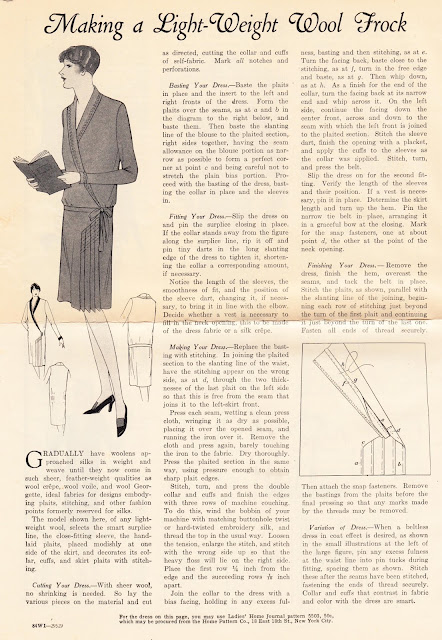 Oh, and in other news, look what I just finished!

Collecting sewing patterns can be a really fun (and expensive) past-time. One of the most fun aspects of this can be hunting down more information about a particular pattern. This can be done a few ways but the best way to find out more about a pattern is to find publications from the pattern company and see if they feature your pattern.


In addition to printing monthly Style News flyers handed out free at dry goods and department stores, some companies also printed quarterlies that were available for purchase, as well as counter catalogs to have on display in stores.

Some companies also had their own monthly magazines in which patterns were advertised along with novel installments, home decor and homemaking articles, and news. Other companies partnered with magazines already in publication to advertise their pattern in the fashion section.

This post will focus on the types of pattern advertising used by McCall Patterns. 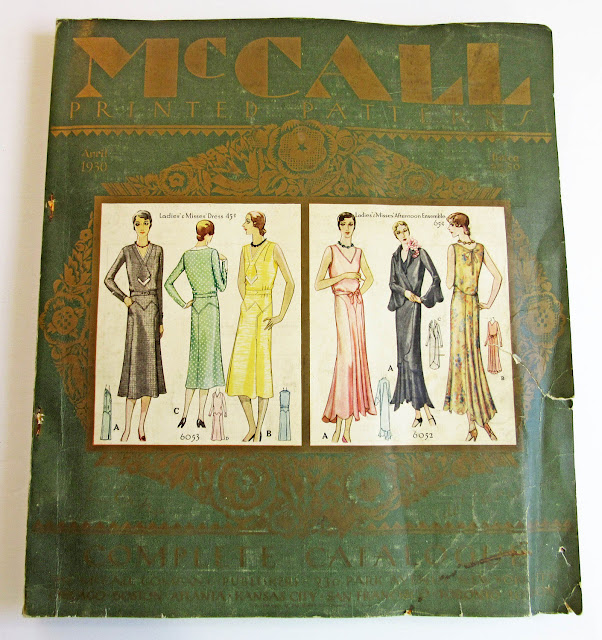 Counter catalogs could be found in stores at the pattern counter, much like they are today. They were often 100-600 pages of fashion eye candy. These are extremely rare and highly sought after as many were simply thrown out every few months.

The sister catalogue to this was the McCall Complete Catalog of Designs, also to be found at the pattern counter, but featuring needlework and accessories. These for some reason are easier to find and are worth 1/10th of what regular counter catalogs go for.

McCall Quarterly was an average of 60-100 pages in length and had the distinction of advertising patterns that were based on couture designers - these names often didn't make it printed in the catalogs or on the pattern itself, likely to save on licensing fees. These were published from approximately 1920 to 1931.
You can find reproductions of some of these for download here.

In 1932, McCall Quarterly was renamed McCall Fashion Book and was published quarterly and sometimes bi-monthly as such until the late 1930s. 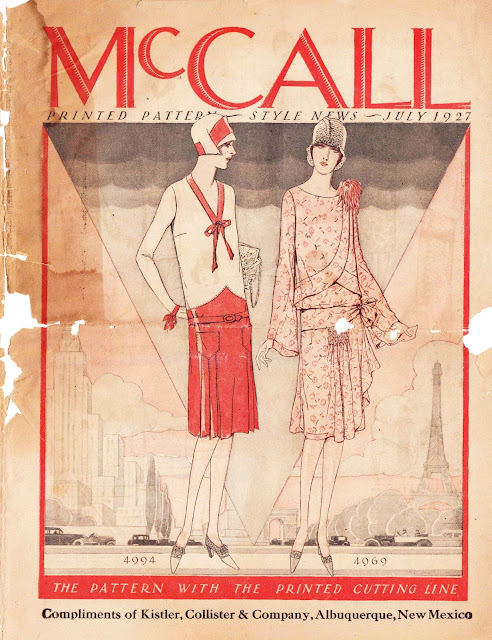 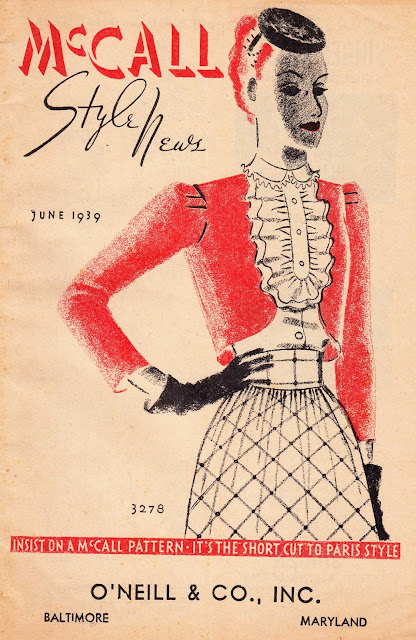 McCall Style News was created monthly by McCall and a template was sent out to department stores that carried the patterns to be printed at their own expense and given gratis to customers. These will often have the store name printed at the bottom. I have seen these as early as 1924 and as late as the 1970s.

McCall's Magazine started out in 1873 and was Originally Called The Queen. In 1897 it became McCall's Magazine - The Queen of Fashion and was later shortened to just McCall's.
Published monthly, it is a little utilized pattern dating resource, but a really great one! These often included fashion pages illustrated in mostly color, about 4-14 pages worth! In the 1920s McCall Magazines, couture designer names are often mentioned with the designs - this is my favorite way to find out if a pattern was designer or not. I even found out from a 1928 magazine that one of the patterns in my collection was a House of Worth design!

How about you? What is your favorite method for researching and dating sewing patterns?