Anyone for a Sew-Along?

Hello lovely readers. Sorry for the radio silence. I've been nursing a very sick husband. What seemed like a simple man-cold turned into the full-blown flu so I was forced to mother the hell out of him until he had no choice but to get better in order to save himself.

He's back at work today (God bless the military for making sick men go back to work) coughing on anyone he sees and probably starting another pandemic.

So I'm freeeeeeeeeee for the day until he comes home for soup, and I thought, this is a good time for a quick blog post!

I wanted to take a quick poll and get your opinions. Would any of you be interested in doing a short sew-along for the Ma Cherie French Knickers Pattern? 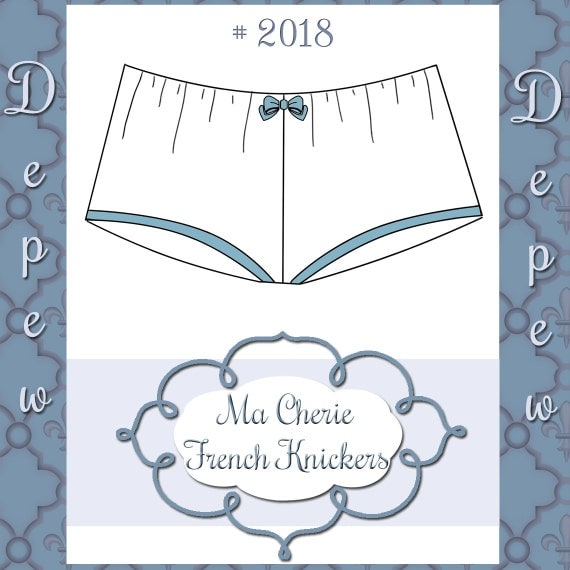 A friend of mine (who is a bit new to sewing) saw the pattern the other day and mentioned that the pattern, and in fact all underwear sewing looked quite intimidating to try. Having my self sewn what feels like a hundred of these while pattern testing, sewing knickers feels like a walk in the park for me. It is in fact, really easy, experienced or not, and I wanted to offer my help to anyone who was afraid to give them a try. Hence, a possible sew-along. If anyone is interested, I would love to know. If you're not interested in sewing knickers, is there another pattern you would like to do a sew-along for?

Whatever type of sew-along we end up doing, it will be my last one until the fall because I have great news to share with you! In just 3 months, we'll be moving back to the U.S.! Four years in Norway has been an incredible gift, filled with trials, lessons, many broken bones, and lots of blessings but I'm thrilled to start a new chapter soon.

We'll be settling into the Monterey, California area and I'm over the moon. I visited there once when I was a girl. It was my first time seeing the ocean (having been raised in the Mountains of Colorado my whole life) and I was just young enough to believe that it might have been the most magical place on earth!

Some sunshine will be a nice change :)

I'm going to go back to bed now to catch up on the sleep lost listening to my sicker half cough all night for almost a week (so I don't catch the flu myself!), but before I do, here is a hilarious video that very accurately details the horrors of man cold sufferers everywhere.