I have been living in Norway for a year and a half now, with another 2 1/2 to go. The entire time we've been here I've been on the hunt for any trace of the seamstresses of 50 years ago. Allow me to explain. Sewing patterns never show up in thrift shops here. They all get thrown away. Sick, wrong, and horrible, I know. The only traces that anyone used to sew things for themselves is the occasional hand made dress popping up in a thrift shop from time to time.
I started to think for some reason that sewing things disappeared from Norway like the dinosaurs did in a mysteriously massive sewing cataclysm that wiped all traces of patterns out in one fell swoop. So I've been on a sort of pseudo-archeological hunt to track down the history of sewing in this mysterious land of the knitted sweater.

Today I had my first breakthrough. A tiny, dusty and dim antique shop that had a small stash of sewing patterns, and tucked haphazardly underneath that stash, were some of the most gorgeous sewing pattern catalogs from the 1940's I've ever seen. It's all in Norwegian, of course, but that's just a better incentive for me to pay more attention in my weekly Norwegian courses.
So for about $40 (dirt cheap by Norwegian standards) I bought it all up and raced home to carefully examine each page of my loot.

These sewing patterns were all in great shape, several of them in their original factory folds. 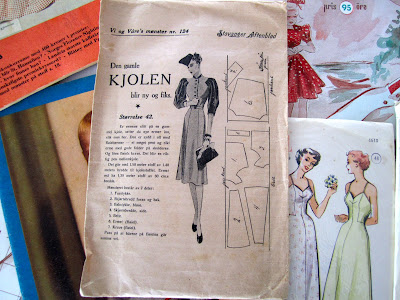 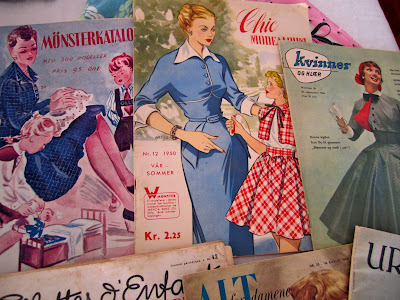 I got a large bounty of ladies magazines from the 1940's and 1950's, some of which are packed full of knitting patterns, and great pattern advertisements. 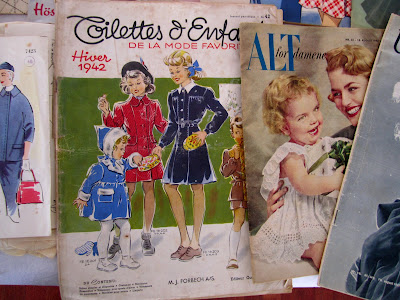 There was even a pattern catalog just for kids patterns.
All of the pictures below are from the summer of 1945 catalog. The German occupation of Norway ended May 8, 1945, and the fashion in this booklet clearly represents a country that's able to breathe again after being released from underneath the boot of an enemy. 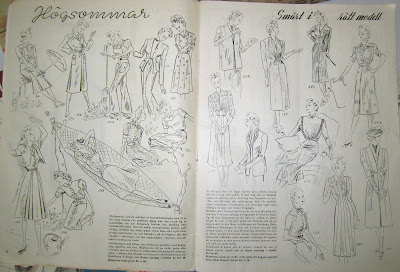 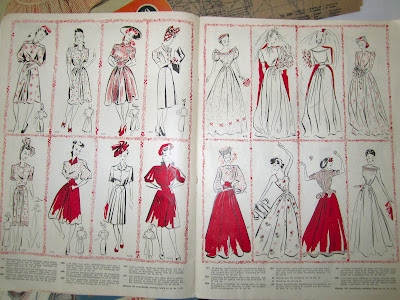 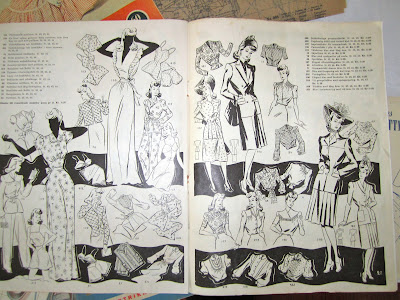 Check out this lingerie spread, it's to die for! In the picture below, the lingerie page has baby clothes tucked right in with almost every design... because, you know, lingerie leads to babies. This was just practical shopping. 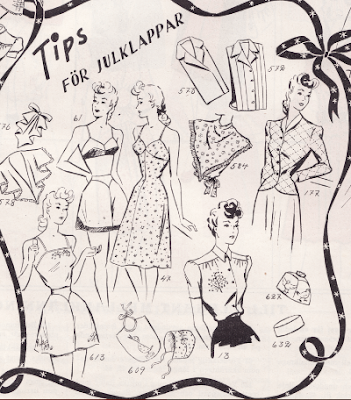 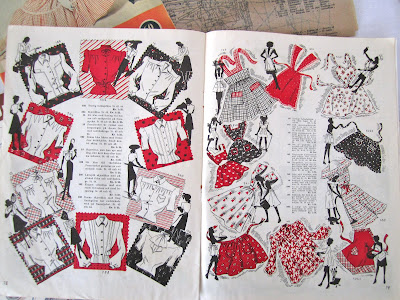 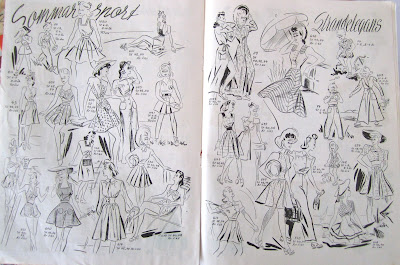 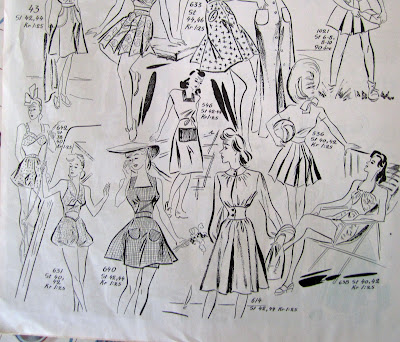 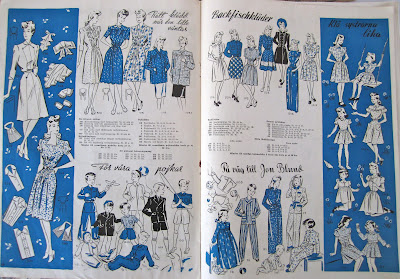 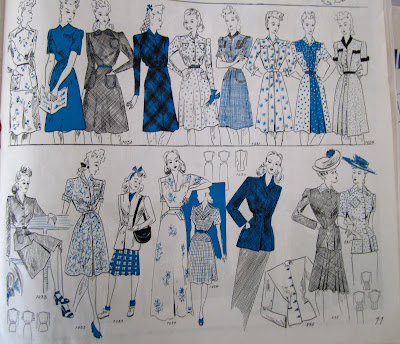 Norway came into some major money some years ago when they discovered oil. With this influx of money came a very quick depreciation of anything old. Antiques are mostly cheap, if you can find them before the careless new generation throws them away. I'm now on a mission to find the last few remaining sewing patterns and save them from an evil generation of H&M clad Ikea shoppers toss them in the recycling bin.

SAVE THE PATTERNS!
Posted by Anna Depew at 6:36 PM