Adding Cut-Work to your Next Lingerie Project

Recently I was the happy recipient of a handful of lingerie patterns from the 1970's - 1980's. I was so delighted to find that folded up inside one of the slip patterns were a couple of pages from a magazine, I'm guessing late 70's or early 80's, and the bit featured was how to add cut-work to a slip. And it included a pattern!
I have no information on which magazine these were from, but the motif/ pattern given is meant to be resized much larger - but I think it would look amazing in just the size it is, for a more delicate look.

So without further ado, here is this great cut-work tutorial and pattern! 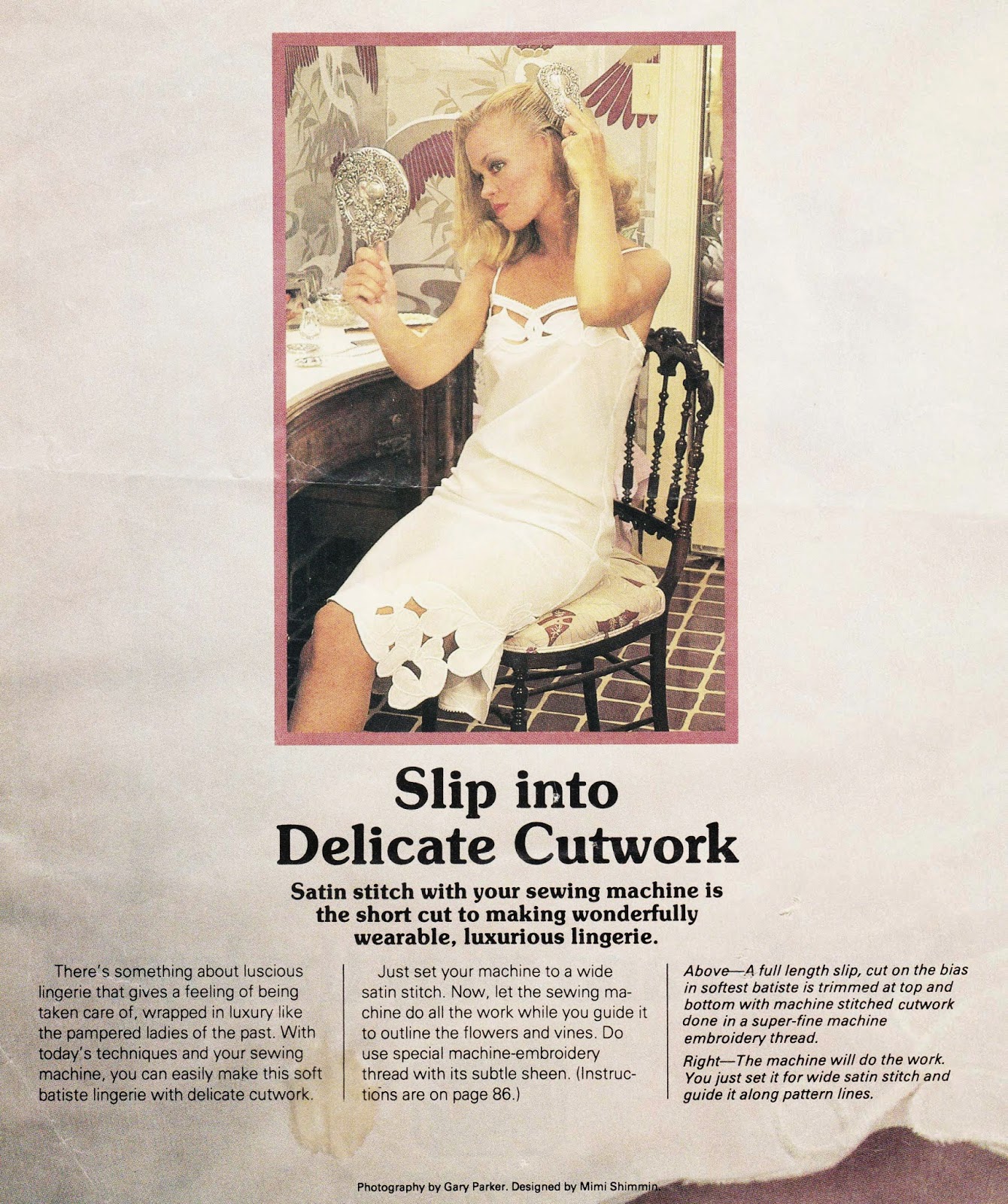 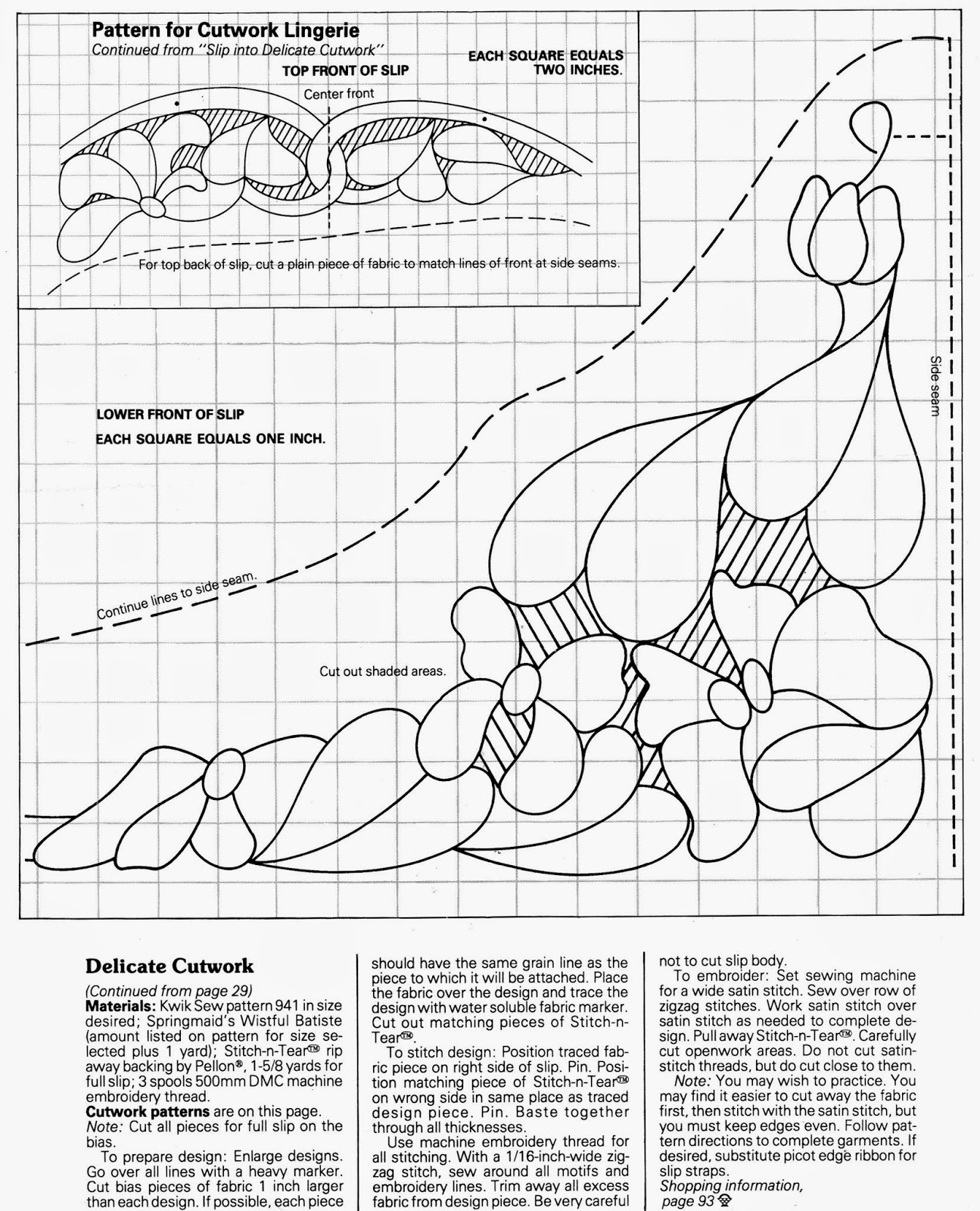 And here are a few slip patterns you might try adding it to! The pattern called for in the original tutorial is Kwik Sew 941, and there are plenty of affordable copies online. 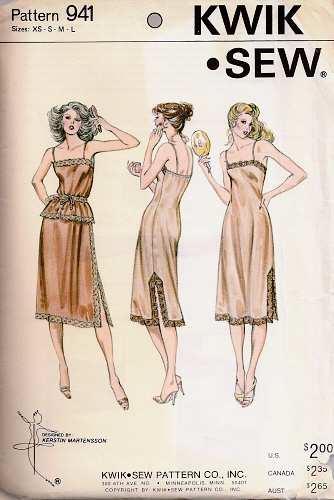 It's ok as far as lingerie patterns go but my copy of this article was actually found tucked inside Sew Lovely S701... and though I didn't see it executed, I like where the idea was going...

The following pattern, available here, would also look amazing with bits and pieces of this motif scattered about the skirt or hem. 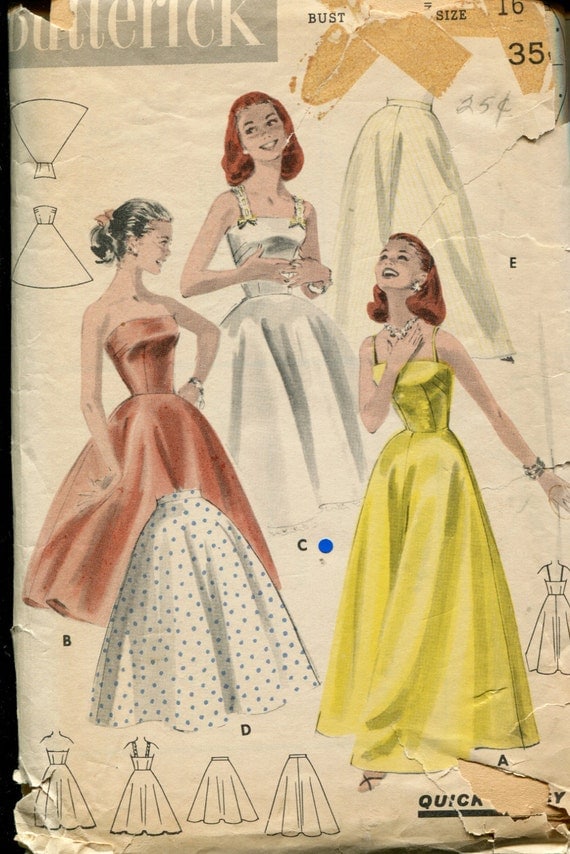 Or the motif sized down a bit would look endlessly sexy on the bust of this slip pattern, available here. 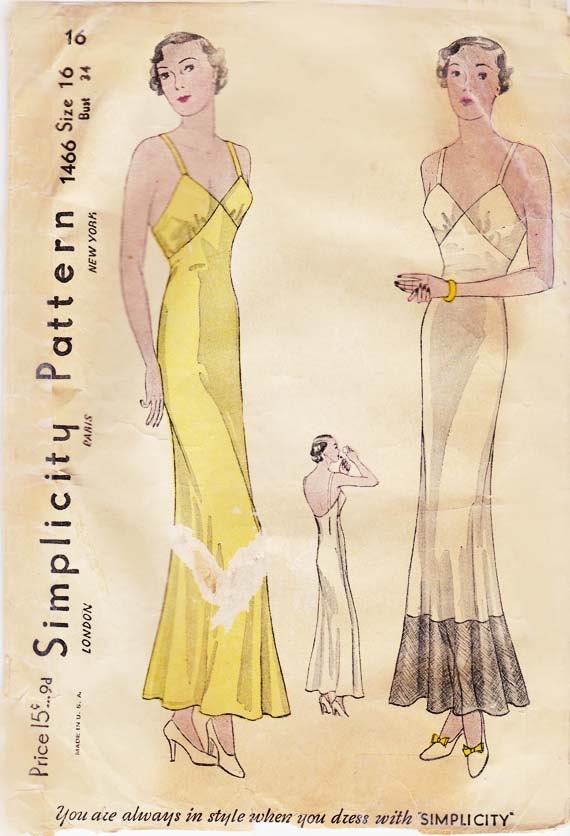 How about you? Have you ever used cut-work in any of your sewing?

In other news - I have just discovered an ant crawling along the edge of my desk here and now I must re-home him. Here's a tip: Don't eat Reese's peanut butter cups in your office.