Sew Expensive... the pattern of a lifetime.

I know the posting has been almost non-existent the last week or so. That's because I have been on hiatus, visiting my most excellent mother in Nebraska. We have had a fun week so far of hunting at garage sales and thrift shops for treasure.
One amusing past-time that I recently shared with my mother is stalking Ebay auctions for patterns that I can't afford.
And last night I watched a pattern sell for a literally unbelievable sum.
Allow me to introduce McCall 1794. 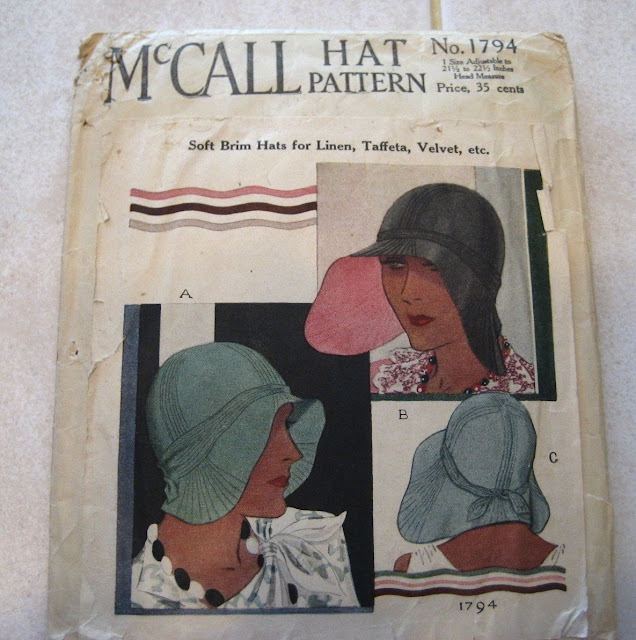 This hat pattern makes my eyes water I love it so much. I knew the moment that I saw it that the mere $150 that I was planning on bidding would be nowhere near enough. I have never in my days seen a sewing pattern for a hat of this style.

But, of course, I'm getting ahead of myself. You want to know what the pattern sold for, don't you?
This rare beauty sold last night for a staggering $685.00.
No, that's not a typo. You really are seeing a pattern sell for more than $600.

My mother was stunned. With all of her experience in the antiques world she was at a loss for why it was worth so much and asked me what I thought.

It is difficult to explain. I always say that any vintage pattern is worth what you are willing to pay for it. And clearly it was valuable enough for at least two collectors to bid over $600 each... one person's high bid may have even been in the $700 range.

(On a side note, my mother has never sold an actual hat from this era in all it's original glory for more than $400.) 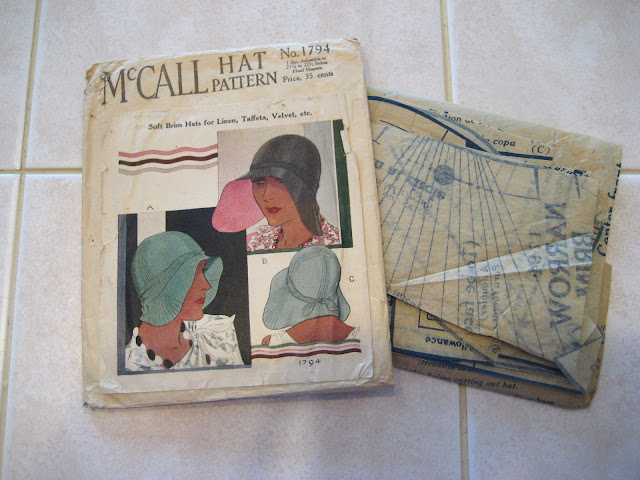 But why? What is the appeal? We have already discussed the factor the the more beautiful the art on the envelope, the more us collectors drool over it. Another important factor is the hat style itself.
This pattern is dated at 1931 and features a hat style that was only popular for a few years. The close fitting cloche of the 1920's gave way to the soft brim at the end of that decade. Women who couldn't afford regular trips the milliner's sewed new brims onto their existing cloches to stay in vogue.
The fact the a pattern exists for such a short-lived hat is wonderful... we may never see another one like this again, so short is the time it had to be known.

But who would have the budget to buy such a rare gem? A collector, maybe, with a wonderful budget? That is a possibility for sure. Or perhaps someone willing to invest that much in the pattern in order to make a reproduction from it? Maybe. The most likely buyer of this pattern though will probably be a professional costumer for movies or theater. My mother used to work with the very best in the business, helping them procure beautiful clothing, accessories and jewelry for period pieces such as Titanic, The Adams Family, Amistad, and Legends of the Fall (my all-time favorite). It is no stretch of the imagination that they would be willing to pay such a Hollywood price to make near authentic copies for movies.
My hope is that the buyer was someone planning to reproduce the pattern because I don't know about you, but I plan on bringing this hat back into style again!
Posted by Anna Depew at 11:30 PM