--This article is reposted from our new blog at MrsDepew.com.--

One of the many benefits one gained from being a student/ member of the Woman's Institute was a subscription to their charming Fashion Service Publication. It was penned mostly by Mary Brooks Picken, and some members of staff; namely Alwilda Fellows, with illustrations by Alice Seipp. Later editions would include millinery fashions and lessons from Mary Mahon. 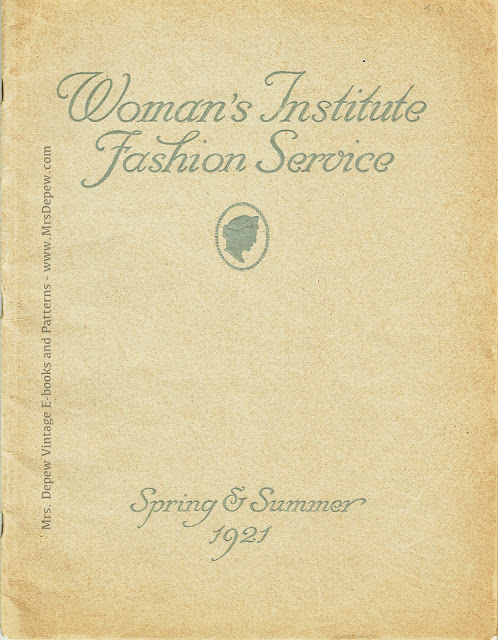 The Fashion Service books were provided first as a quarterly review and later as a monthly magazine that often gave enough information for an experienced home seamstress to create an entire seasonal wardrobe. Do not let the early simplicity of the cover fool you (they made them more colorful later on). The contents are pure illustrated and meticulously detailed genius. 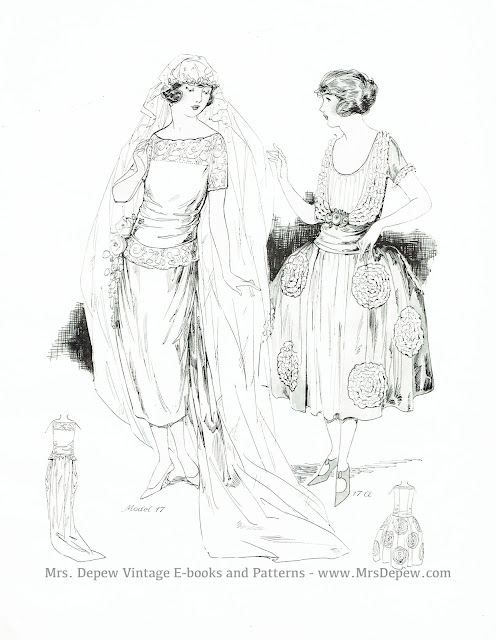 Until about 1927, the Fashion Service Quarterly Magazines usually featured around 50 pages of beautiful pictures and tutorials. Each fashion pictured is usually described in great detail with instructions on how to make it either from scratch or by altering a basic pattern. This bridal party illustration is no exception and the descriptions given can help experienced dressmakers create their own version. 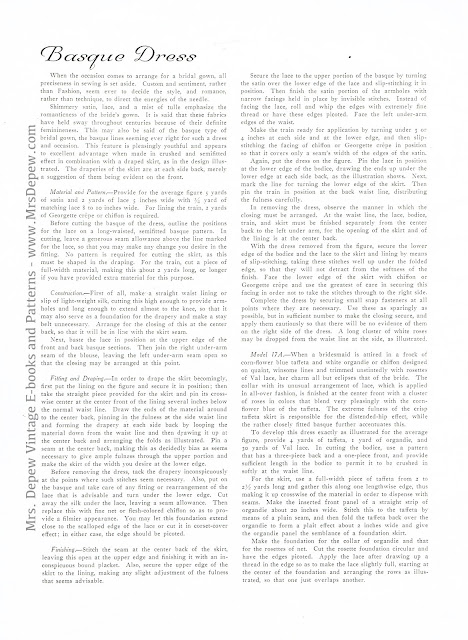 One of my many endeavors around preserving Woman's Institute history is creating a complete digital archive of the Fashion Service. I haven't quite finished them all, but I'm close!
You can find a complete E-book copy of this edition here.
Posted by Anna Depew at 2:46 PM