What Constitutes a Sewing Pattern... with Freebies!

Hello my dears. Today I would like to opine a bit about sewing patterns (quelle surprise!). Seriously though, I feel like many of us are missing out on the wide variety of sewing pattern types that history has given us, so here is a bit of a Sewing Pattern types 101. A pattern is defined as "a model or design used as a guide in needlework and other crafts". These designs might not always be what you'd expect when you read the word pattern. 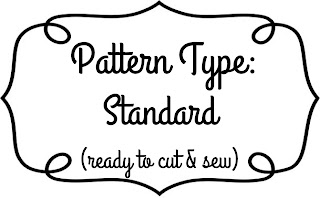 Standard: We're all familiar with a standard sewing pattern. By this I mean a full-sized, cut it out and lay on your fabric pattern. These were made popular by the big 4 pattern companies over the last 100 or so years but they have become so standard that many have never heard of other types of patterns at all.
For example, this reproduction of a 1920's McCall's standard pattern: 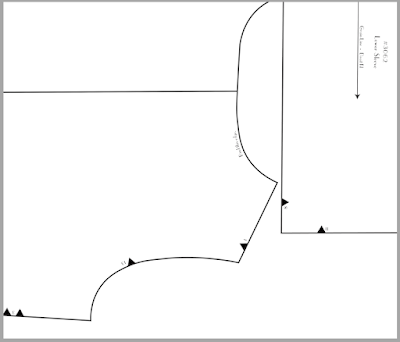 But what else is available today and throughout history to the average seamstress? 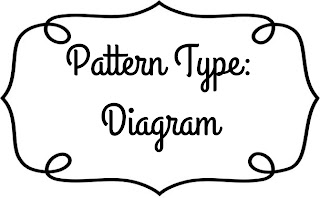 Diagram:
Diagram patterns were particularly popular from the 1920’s-1950’s. The pattern is essentially illustrated piece by piece with measurements given for one to draft the pattern themselves. These patterns are nearly always in one size only, with minimal instructions and gained their popularity mostly in French and German sewing magazines.
Here is an example of a 1940's diagram pattern for a pipe bag in French: 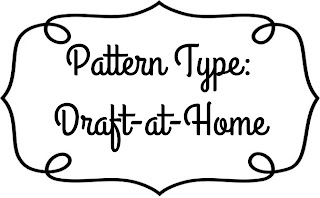 Draft-at-home: Draft-at-home patterns consist of a miniature pattern template and a specialized ruler or rulers that are used to scale the pattern up to a desired size. These can include Lutterloh, American Way, Lisette, and the system that Mrs. Depew Vintage uses.


I find that draft-at-home patterns aren't for everyone. Aside from the fact that they usually had little to no assembly instructions, to some they are simple and make instant sense, and to others they are incomprehensible. 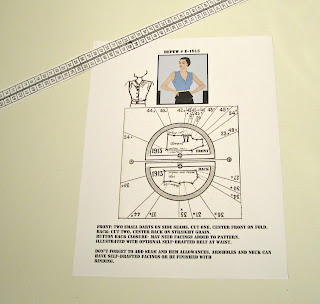 This often has little to do with sewing experience or intelligence and much more to do with how your mind works. My brilliant seamstress mother could never make heads or tails of them, though she could draft a pattern from scratch in her sleep. I took one look at my first draft-at-home pattern and instantly understood it. It's just how you're wired, I suppose. 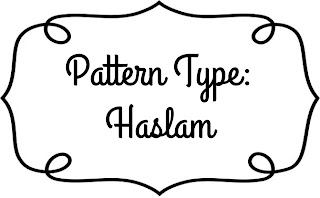 Haslam: This is another quite unique pattern-making system consisting of a set of foundation drafting instructions, a special chart/ tool with curves built in, and additional quarterly supplements with different garment styes.
Essentially one uses the instructions and chart to draft a sloper pattern, which can then be adapted a multitude of ways for other patterns - instructions for which are usually found in separate supplement booklets with 35 plus pattern models. 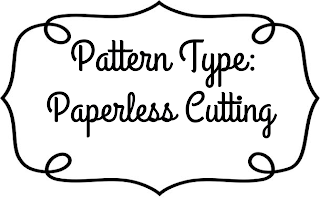 Paperless Cutting: The Paperless-Cutting type of pattern is typically seen in American 1920-1930s sewing publications.
They were quite popular during the depression as they were even more economical than paper patterns and could be made in multiple sizes, as opposed to standard patterns that at the time, only came one size per envelope. 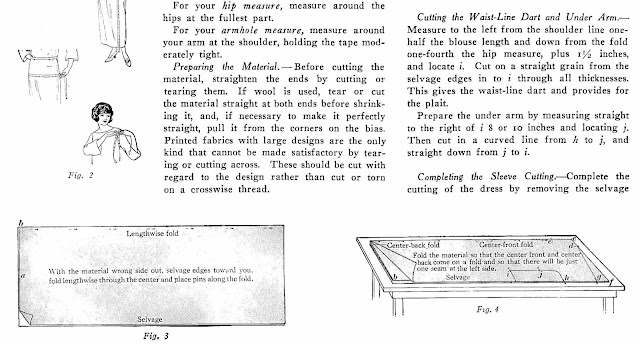 This type of pattern is not the sort that you lay out on fabric and cut out. These patterns are a set of very detailed instructions and illustrations that show you how to mark out your “pattern” on a piece of fabric laid out on your table. You use your own measurements to get an exact fit, and there is no printing, drafting, or taping involved. Just mark, pin, and cut. 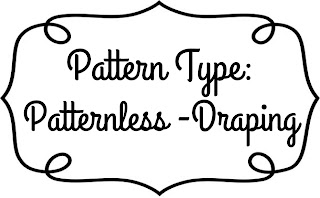 The draped patterns are similar to the Paperless-Cutting patterns above.

These patterns will start by using your measurements for an accurate fit (which means that these can be made in nearly any size), but the measured fabric will be draped on either yourself or a dress form (an extra pair of hands at this stage will be really helpful), and then pinned, cut, and sewn according to the (hopefully) detailed instructions. These are great for the seamstress in a hurry as the designs are usually basic and come together quite quickly. 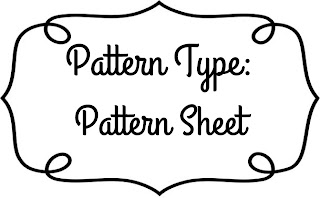 Pattern Sheet: These are typically seen in modern magazines like Burda Style, and antique American, French and German magazines as far back as the mid 1800's.


These typically consist of 1 or more pattern sheets, usually a minimum of 16" square, with the pattern pieces overlapping each other as shown below - this was done to allow for anywhere from 1-50 patterns to take up very little paper! Each pattern is outlined in a different method and one uses a key to determine which pieces to trace off.

They can be a bit of a headache to trace off but if you think about how many patterns you're getting for the cost of the magazine, from a vintage fashion lover's perspective, it's an entire capsule wardrobe in one package.

And so now you know, if you didn't already (clever you), that there are many more types of patterns out there and many of them can be quite fun to use! If I've left any out, please feel free to leave a comment and I'll add it to the list.

But there's more! I'll be giving away one of the above featured patterns away to 6 lucky winners. Simply comment below with the pattern you would like to win and I'll announce the winners on July 4th. For extra entries you can share this post with your friends, just leave another comment letting me know what you did.